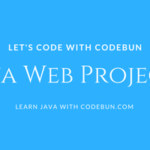 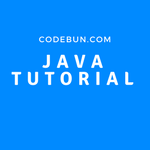 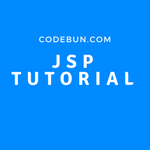 Insert data from the single page into multiple tables is a tricky task. But using JDBC in this tutorial we will solve it in an easy So if you don’t know how to perform JDBC operation in Java please follow the link. Java database connectivity tutorial in a simple way. Let’s create a Java web
Read More

String class in java and its methods. A string is a class from lang package. Which is public and final class extends Object class and implements Serializable, Comparable<String>, CharSequence interface.  String Class in Java is immutable class. It means once you create an object of String class. It will not be modified read more about immutable String. Some
Read More

Java string is a class. which is a class of “lang” package. before String class, we need to discuss what is a string in java. so in this tutorial, we are going to focus on everything about java string and java interview questions and answers. What is String In Java, String is a sequence of
Read More

If you developing any kind of application using Java. So there are lots of chances to get an exception in your application. To write code exception free and make a standard flow of code java provide a very strong mechanism called Exception handling. So in this tutorial, we are going to focus on what is Exception handling
Read More

As we discussed in the previous tutorials what is oops concept like. classes and object, inheritance, polymorphism, encapsulation, abstraction in java. In this tutorial, we will focus on constructor in java but before the start, If you are new to java please have a look at class and object tutorial. What is the constructor in
Read More